A project by Elena Marinoni 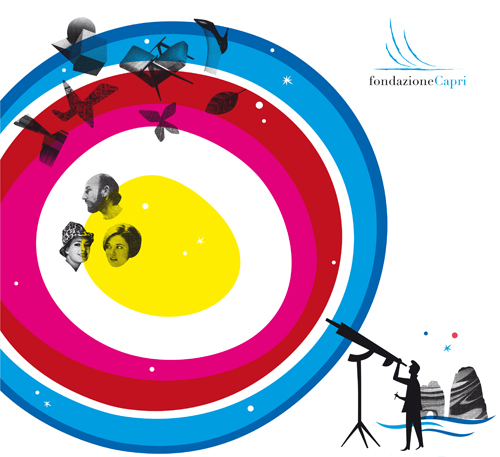 Capri, April 2011 – What is the future of consumption going to be like in the aftermath and in times of crisis? This is just one of the many questions a bunch of entrepreneurs, economists, intellectuals and trendforecasters will try to answer on the second edition of Capri Trendwatching Festival, organised by Fondazione Capri and with the art direction of Elena Marinoni. A place traditionally connected with a cultured learned reflection, a place for imagination and intellect, Capri will become the ideal meeting point for all those who want to discuss the present to sketch the outlines of the next future over a three days event.

The agenda of the event features a number of lectures given by some authoritative personalities from the international scene. Capri Trendwatching Festival 2011 is based on the latest edition of international observatory Tomorrow Now, informed by trendwatching researches. While the first edition in 2009 focused on emerging trends in lifestyles, the mission of the 2011 edition is about reflecting in a workshop mode upon a big question shared by individuals, companies and institutions: What is the future of consumption going to be like in the aftermath and in times of crisis? As we all know, no growth can take place unless consumption starts again. If it is true, as somebody says, that 2011 will see the situation picking up, how will society, consumption habits and business-doing change? And how will the imaginary of people change in the middle term? Are we really walking over the present paralysis of consumption and production or shall we just get used to a permanent crisis scenario?

The mission of the second edition of Capri Trendwatching Festival is to chart new phenomena which relevantly impact the relationship between consumers and production: in particular, consumption shows an increasing sobriety, willing or not, and widespread forms of advanced association grouping consumers together, triggered in the last decade by social networks. In particular, we will discuss:

As far as contents are concerned, the second edition of Capri Trendwatching Festival will follow two directories: a vertical one and a horizontal one. The vertical dimension refers to the interventions of the different speakers, each of them backing their point of view with evidence to the phenomena expected to be meaningful in their study field in the next future. Each of them will provide their specialist point of view and a hypothesis of prediction referring to the theme being discussed, with a particular focus on the conditions which could lead our way out of the crisis and the best path to follow.

The horizontal dimension highlights the trends crossing the different discussion areas and will find a graphical representation into an in-progress map charting the key concepts as they emerge from the speeches. This graphic device will allow us to pinpoint evidence of new phenomena popping up and to connect them as well as providing an output of the event. The event will take two afternoons and two mornings over three days: from April, 29 in the afternoon to May, 1 in the morning.

Capri Trendwatching Festival is based on the second edition of the international observatory “Tomorrow, Now”, which works on trendwatching, an ethnographic-based research methodology aimed at intercepting the evolution of taste and aesthetic trends influencing social imagery which will turn into future mass phenomena. The observatory is based on signals captured by an international net of “urbanwatchers” leading a ground research on 10 European key cities considered to be the birthplace for new social behaviours.

Elena Marinoni. Art curator of Capri Trendwatching Festival and the observatory “Tomorrow Now” the festival is based upon. She is Managing Director of GPF (Milano), an institute of research and strategic consultancy on social change, consumption and communication. Since 2001 she has been active in the study of the unevenness of taste and the expression trends emerging from today imagery through hyperquality etnographical-based research techniques. She has developed a significant competence in the areas of design (living lifestyles), youthful cultural goods and advanced retailing. She is lecturer of Sociology of Consumption & Trendwatching and Contemporary Design Trends.

With the support of