After the highly-acclaimed exhibitions dedicated to Baron Von Gloeden (2009) and Mimmo Jodice (2010), Herbert List and Maurizio Galimberti (2001), the Capri Foundation resumes on its cultural and artistic activities with a new show on the language of photography.

The works on display will show the way to the Capri lifestyle through the people, the habits, the main characters and the places of the island. This time around, the artists featured are the big Sicilian photographer Ferdinando Scianna and the young photographer Irene Kung.

Ferdinando Scianna will disclose his enormous archive to help us build a road map through 25 works of art recounting a chronologically ordered story by images. According to Scianna, the Mediterranean has a starting point in his homeland Sicily and comprises the coasts of Greece and Turkey. This ideal route will lead us through the wars, the momentous changes, the outside looks and the contradictions of this ever-changing scenario. His story will conclude with the pictures (15 shots) he took when he was staying in Capri; faces, portraits, home interiors and sea views. The main idea here is recounting a story. The photographs are mainly black and white. The narration is a thorough specific one and focuses on what living in a place means.

Irene Kung, a photography artist whose background is in painting, has today committed herself to the language of images, giving up on her past archive to focus on her new activity as a photographer. Her extraordinary filming technique is directly connected with the digital treatment of images. Her photographs are poetry to our eyes. They offer a vibrating representation of the mighty landscape and architecture of Capri. The formats are big. The colours are intense and saturated as to allow the power of nature and the power of the images flow in a dialogue. 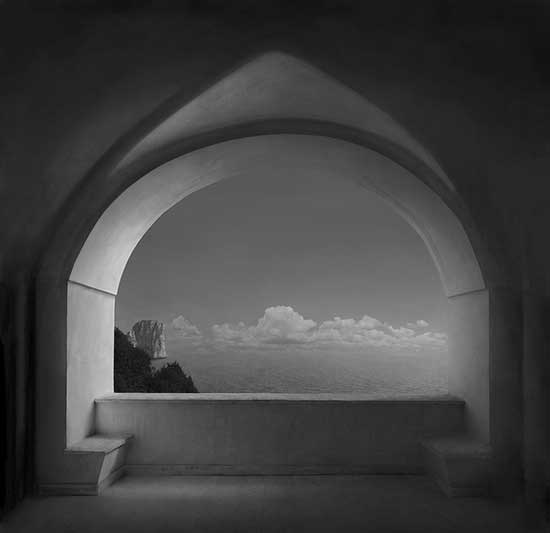 “Men from the North often identify our sea with the South: there must be something that pushes them – it also happens when they love their homeland much. What I mean is not just an aspiration to a warmer sun and a brighter light. I am not sure this attitude could be called “faith in the south”. It is possible – no matter where you were born or where you live – to go Mediterranean. Being Mediterranean is not much of something you inherit as to something you achieve. It is a decision, not an advantage. They say that real Mediterranean people are always there on the Mediterranean. Nothing to do with history or tradition, the past or geography, memory or faith: the Mediterranean is also a destiny”.

(from Mediterraneo, Un nuovo breviario. Garzanti, Milan, 1993) The project is inspired by this quotation from Matvejevic and flows throughout the poetry of the photographs of Irene Kung and Ferdinando Scianna. The two artists are very different but share the same fascination for the beauty and the cultural riches of the Mediterranean. They have been both invited by the Capri Foundation to give their contribution to a residential project to tell about one of the nerve centres of the Mediterranean Sea: Capri.

Ferdinando Scianna was born in 1943 in Bagheria, Sicily: He started his activity as a photographer in the 1960s when he was a student at the College of Liberal Arts at the University of Palermo. At that time the subjects of his art were his land, the people, the local festivals…In 1965 he published the book Feste Religiose in Sicilia (Religious Festivals in Sicily), with an essay by Leonardo Sciascia, which marked the start of a lifelong collaboration and friendship.

The book awarded him the Nadar prize. In 1966 Scianna moved to Milan and worked for the magazine L’Europeo as a photo reporter, then moved to Paris where he worked as a correspondent for 10 years. In 1977 in France he published Les Siciliens and in Italy Villa dei Mostri. He met Henri Cartier Bresson and in 1982 he joined Magnum. From 1987 he alternated reporting and fashion photography and became internationally renowned. He has been an art critic and a columnist for a number of years, and has published many articles in France and in Italy on the subject of photography and visual communication. 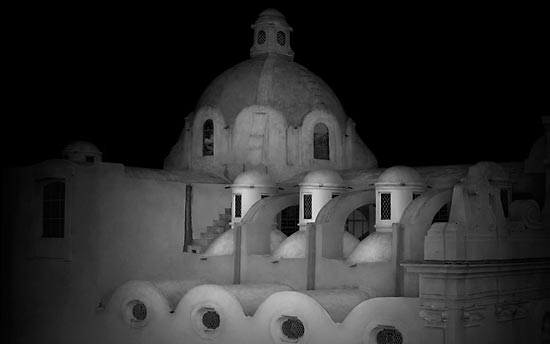 Irene Kung was born in Bern in 1958 and before settling down in Rome, she lived and worked in Madrid and New York as a graphic designer, painter and photographer.
Irene Kung has no interest in reproducing reality and all the monuments she decides to make the subject of her art belong to different cities and times and are at the same time recognisable and plunged in a dreamlike atmosphere.

Just like a wanderer on her personal Grand Tour, Irene Kung delves into the city in search of hints from the past, the tracks of a memory to bring back to life, the eternal monuments, the landmarks that define and make cities unique (the Opéra of Paris, the Tower of London, the Pantheon in Rome…).
Every time she aims to capture the landgeist of the place and to convey it on photographic paper, unspoilt and pure, deprived of any possible contamination and urban interference. She is on a solitary research, on a process made up of waits and pauses in pursuit of the essential slow pace to give birth to her images.

Instead of leaving vacuum aside, vacuum is recreated on purpose and slowly wraps up the subject thus becoming the real protagonist of the image. Buildings like the Velasca Tower and the Dome of Milan (to name but two of her latest works), Nôtre Dame in Paris or the Empire State Building in New York, turn into almost fairy tale visions. If put together, those images make the route through an ideal city, dreamed after more than lived out to visit together with Irene Kung in a dreamlike atmosphere.

Denis Curti is the chairman of the Milan premises of Contrasto and vicepresident of Fondazione FORMA, Centro Internazionale di Fotografia.
He is the director of the postgraduate Master in Photography in collaboration with NABA and Fondazione FORMA.
He is the director of the school of photojournalism of Contrast
He is consultant for the Venice Foundation for the photography heritage.
He was the art director at the Photography Festival in Savignano sul Rubicone from 2000 to 2006. He was a columnist and a photography critic for Vivimilano and Corriere della Sera for more than15 years. He has been art director at five editions of Biennale Internazionale di Fotografia of Turin. As an expert on the photography collecting market, in 2002-2003, he was a curator for the first photograph auctions held by Sotheby’s in Milan. 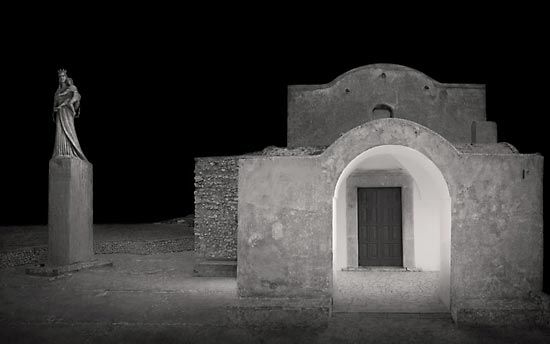 In 2003 he was in the jury at the first edition of the International Price of Photography at the Photography Festival in Arles. From 1995 to 2002 he chaired the Italian Foundation of Photography. In the 1990s he was the director of the Photography School at Europeo di Design in Turin. He is the author and the curator of several books on photography, including Collezionare fotografia. Il mercato delle immagini (Contrasto).