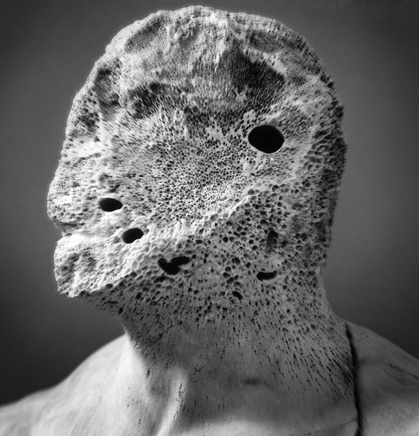 Mimmo Jodice (born in Naples in 1934) is one of the masters of Italian contemporary photography and his work is well-recognised at international level. His works on display range from his early experiments on codes, techniques and concepts to the inquiry on social themes in Naples and the south of Italy.

His huge and intense production covers a lapse of more than four decades, all the way through a complex inquiry on the contemporary scenarios of cities around the world, exploring the themes of archaeology, ancient art and Mediterranean cultures and finally landing to the narration of the sea as a place absolu. 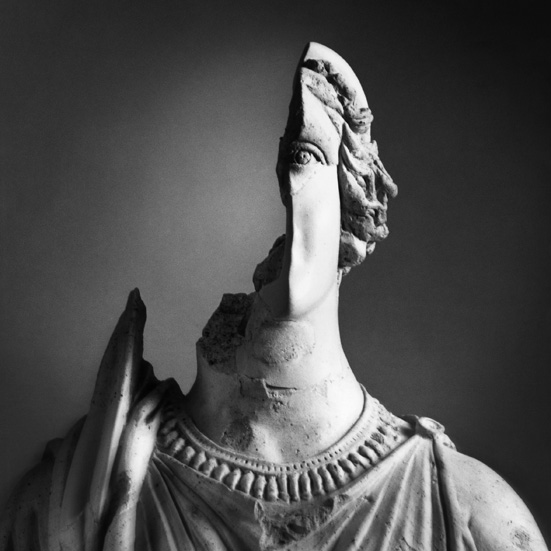 This show, composed of more than forty works and organized in collaboration with the Municipality of Cinisello Balsamo, gathers the latest and deepest reflections of the artist and entwines two key themes: the idea of the sea as a vacuum, a no-scape place, silence and lingering time to be conceived as a reaction to the chaos of contemporary life and the persistence of the past into the present, through the representation of fragments of sculptured bodies and faces as left-overs from the classical age in the Mediterranean civilization, which the sea itself has been in charge of preserving, reshaping and finally returning to us.

In Jodice’s vision, the Mediterranean, the womb and workshop of history and culture, is a lyrical and mental place which allowed his early restless research to develop into the coincidence of images and emotion.

The name of the show, Mimmo Jodice. Figure del mare (Mimmo Jodice. Figures From The Sea), not only refers to the plasticity of ancient faces and bodies returning from the water but also to the sea itself as a source for the artist’s inner thought and vision. An artist who has never intended photography as a descriptive and documentary instrument, Jodice is the promoter of a memory-loaded image, rich in the many art forms, pointing to a metaphysical concept of visible reality.

Mimmo Jodice – Throughout the 1960s, the photographer turned to anthropological research: from feasts and religious rituals in the south folk culture to healthcare-related and mental issues, to school and imprisonment, to work conditions and social marginalization in the big suburbs around Naples. However, his social photography is not to be labelled as traditional reporting coverage. The intent of the artist is more focussed on the scenario, the masks and the gestures rather than the action and the events taking place. More than telling a story, Jodice’s work is aimed to organizing the visual field and studying the symbolic value of light and the space where his figures stand. A careful observer of art experiments and the language of photography ranges of expression, Jodice has been a groundbreaking photographer since the 1960s as well as an untiring protagonist of the cultural debate which has led to the growth and then to the affirmation of Italian photography worldwide.

Back in the 1970s photography turned into a key instrument for the artist’s social commitment: accusation and creativity have always been the landmarks of his work. In the 1980s the figures and stories of men left the stage with his photographs portraying abandoned cities as metaphysical containers and landscapes drifting into memory and dream. Around the 1990s the artist’s work turned to an elaborate research into the past’s footsteps to be found into the present and the remote roots of the Mediterranean culture. The present is conceived as layers of past things piling up on top of each other, with the landscape becoming a place of memory and the whole work taking on the meaning of a quest for origins.

Jodice made his debut in Milan in 1970 with NUDI DENTRO CARTELLE ERMETICHE at ill Diaframma Gallery, with an introduction by Cesare Zavattini. In 1980 he published VEDUTE DI NAPOLI which marked a turning point in the artist’s language and provided a new expression in urban landscape and architecture. In 1981 he took part in the EXPRESSION OF HUMAN CONDITION, a show by Van Deren Coke at the San Francisco Museum of Art which featured Diana Arbus, Larry Clark, William Klein, Lisette Model. In 1985 he started a long and elaborate research into the myth of the Mediterranean which resulted in MEDITERRANEO, a book published by Aperture (New York City) and a show at the Philadelphia Museum of Art, Philadelphia. He has been active part to the international artscape with a number of shows and publications and has been working side by side with cultural institutions and universities for stages and masters. In 2001 the Galleria d’Arte Moderna e Contemporanea of Turin dedicated a big retrospective show to Jodice, whose catalogue was by Piergiovanni Castagnoli. In 2003 the Accademia dei Lincei awarded him with the prestigious ‘Antonio Feltrinelli’ prize – the first ever photography artist to get it. In the same year his name became an entry into the Treccani Encyclopaedia. In 2006 the Università degli Studi Federico II of Naples granted him a Honoris Causa Degree in Architecture.