Luglio/Agosto 2011 – The Capresi are dead serious about the future objectives of their small and precious island, creating new standards and fundaments to sustain the revalorisation of the landscape and its artistic and historical patrimony — by holding itself up against the light. 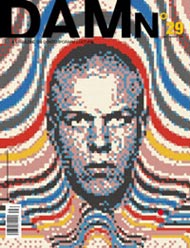 Two years ago a few local entrepreneurs joined forces to immagine Capri’s potential as an artistic and cultural hub in relation to local tourism and its rich heritage. Together they launched the Fondazione Capri to generate cultural exchange on the island and trigger artistic and intellectual initiatives by means of festivals, exhibitions and awards. One example is the Capri TrendWatching Festival, now in its second edition with the dark theme ‘At what point is the night?’ presenting a three-day reflection on the impact of the crisis regarding present and future consumer trends — both global and local. The festival — curated by Elena Marinoni and hosted by Grand Hotel Quisisana — investigated the future of consumption, focusing on the altered relationship between consumers and producers in the aftermath of a crisis, such as a new sobriety, the gap between the luxurious and the low-cost, and the advanced power of social networks that group consumers together.

Phenomena that feature neologisms like solopreneuring, crowd sourcing, and iEconomy were not neglected… International speakers included Marc AugeÅL, Konstantin Grcic and Ross Lovegrove. Additionally, Capri’s mayor also demonstrated his commitment to a new and clean future by enforcing a law banning all dog poo from the streets, with a simple plan to submit the entire canine population to a DNA search. The smell of politics, we assume…